While we talk about temperature measurement sensors then RTD and Thermocouple come first in our minds. The thermocouple is the widely used temperature sensor in the industries.

So without wasting much time, let’s start this blog.

What is a Thermocouple? How do they work?

The thermocouple is defined by Wikipedia,

In simple words, I can say that,

Working Principle of the Thermocouple:

The working principle of the thermocouple mainly depends on these three effects: See back, Peltier and Thompson.

See beck effect states that when two dissimilar metals are joined together at two junctions and when any of one metal is heated up, electrons start flowing from hot metal to cold metal.

The Peltier effect is opposite to the see beck effect and stats that when we provide potential difference among any two dissimilar metal can force the temperature difference between them.

The Thomson effect states that when two dissimilar metals are joined together then there must be a potential difference exist within the circuit due to the temperature gradient along the entire length of the conductor.

How does Thermocouple work?

A thermocouple is mainly built with two different metals. Generally, Iron and Constantan are used. By connecting these metals it makes two junctions, one is connected with a voltmeter or called cold junction and the other is connected to whom we want to know the temperature and called hot junction.

As shown in the above figure if the temperature at two junctions is the same then there is the same emf but in reverse polarity there and no current is flowing through the circuit. 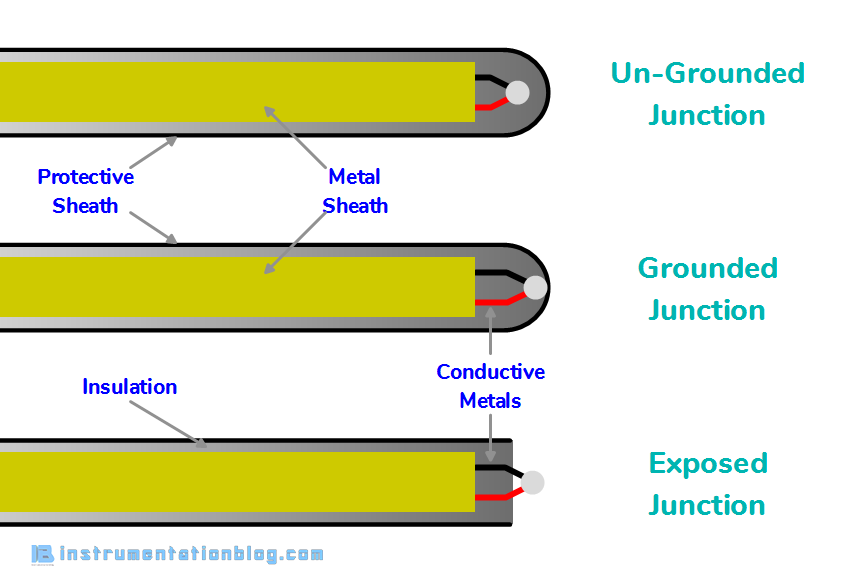 The conductive metals and probe walls are directly connected in this type of thermocouple. The advantage of fast response time due to very good heat transfer.

In this type of thermocouple, conductive metals are exposed to the target medium. They provide the best heat transfer and very quick response. It is not suitable for corrosive target media and where quick response time is a necessity then it will have the first priority. It is suitable for gas temperature measurement. 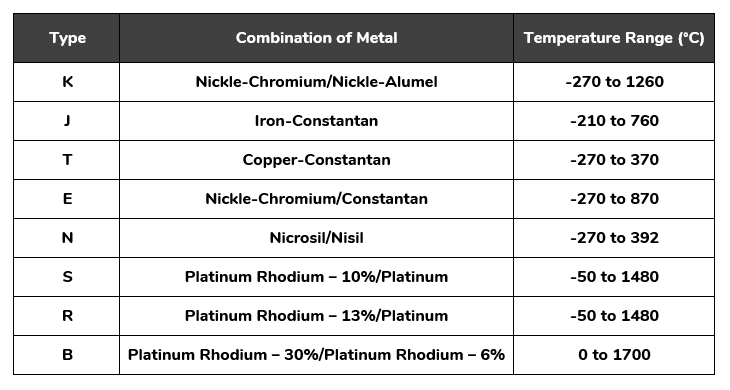 How do I choose the thermocouple?

Here are some factors that should be considered while selecting the thermocouple.

An ungrounded thermocouple gives you a slow response time but still, it will be the best choice if your application is desirable to have a thermocouple electronically isolated and shielded by the sheath.

Accuracy is very important for any instrument. Accuracy is the indication of how close the measured value to the actual temperature value. This is also referred to as error or tolerance.

The thermocouple sheath material should be chemically resistant when using in a corrosive environment.

Advantages and Disadvantages of Thermocouple: