What is PLC Memory in Siemens?

Memory in general is just like a human brain. That is used to store the data or information. There are different types of memories in general, such as

⇒ It is also called Random Access Memory. It can be read or write memory, or we can say that it is the main or primary memory.

⇒ The programs or data that the CPU requires during execution will store in this memory.

⇒ It is a volatile memory, So all the data that is stored in this memory will be lost, when the power is turned off.

⇒ It is called Read-only memory. The memory which we just only read but can’t write on it.

⇒ It is a non-volatile memory, the information is permanently stored in it.

⇒ It is called Erasable and Programmable Read-only memory.

⇒ It is a type of read-only memory. But we can edit and reprogram it using ultra-violate light.

⇒ It is called Electrically Erasable and Programmable Read-only memory.

⇒ It can be erased and programmed electrically. But editing of memory is limited by several times.

⇒ It looks like an EEPROM, but it can be editable for unlimited numbers of times.

⇒ It works as a standalone memory storage device like a USB pen drive.

These are the types of memories in general.

In general, the Siemens PLC system has four types of memories,

Load memory is a non-volatile storage memory for the user program, data, and configuration. Therefore, when a program is downloaded to the CPU, it will first stored in the load memory area. 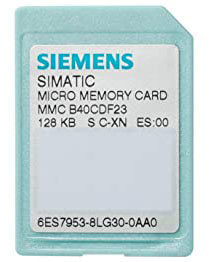 Work memory is volatile storage for some elements of the user program while executing the program. Work memory is like a RAM of a computer.

The CPU copies some elements of the user project from load memory into work memory. This storage area is volatile and lost on power failure and is restored when CPU power is restored.

System memory can store all the addressing parts of the user program like addressing inputs, outputs, timers, counters, and bit memory.

This part of the memory will not be lost on power failure. 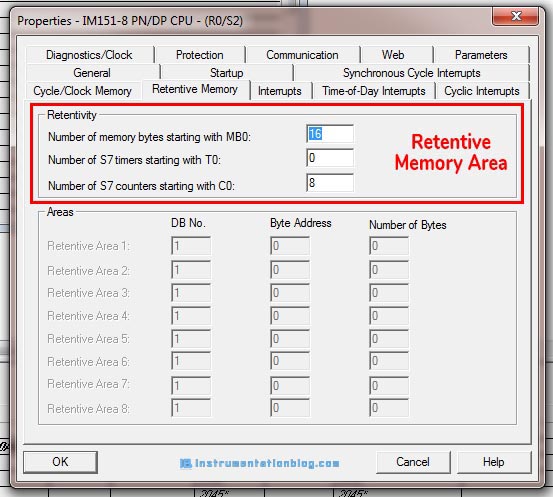 User can review memory structure before modifying a program in the PLC, this is the best practice while editing any logic in the user program.

I hope you like this article about Siemens PLC memory structure. Please share this blog with your friends and colleagues. Your feedback is valuable to us.

You can read articles about PLC,